I want to see a fully formed financial system built on crypto rails, and a fully formed financial system requires credit. Since the first time I encountered the idea of borrowing and lending on-chain, originally through Dharma’s lending protocol I became obsessed with the prospect of getting to a state where we see credit extended on-chain, meaning that we’d get to loans which are undercollateralized. Dharma, Maker, Compound, all of these early iterations of borrowing on chain seemed really cool but back then I was very dismissive because the loans were always over collateralized. It seemed like something that was only there for the purpose of leverage, tax optimization, or novelty. I used to tell friends and colleagues that none of this matters until we get to actual credit. My colleagues were probably sick of hearing me say ‘who is the person that needs to buy something, has 150% of the cost of that something in a liquid asset like Eth and still needs a loan for the purchase?’ Well I’ll be the first to admit that I was wrong. I came around to this view being wrong and in late 2018 took part in an investment into Dharma Labs. From then on out I became convinced that if we’re really going to build a financial system on crypto rails we’re going to need to solve this problem of credit in crypto.

So what is going to lead us to Undercollateralized Lending in crypto? Credit is all about trust, etymology for the word will tell you that one of its roots is the italian ‘Credito’, meaning trust. The first origins of credit agreements where between parties who knew each other, and these were as much moral obligations as they were monetary/value obligations.

All of this is to say that to get to a point that one is willing to provide an undercollateralized loan to someone else, they must have some trust in that someone, notably trust that they will repay the loan. So our problem of lack of credit crypto is caused by the fact that we have a problem of trusting the other party, we don’t know who they are, and that means we don’t know much about how likely they are to repay us. How would this trust be built? I believe that it can be built in one of two ways, trust is established via past actions and social reputation (which too incorporate past actions).

Let’s break this down a step further, what do I mean by past action? Let’s think of a FICO score, a FICO score predominantly considers your repayment history, your credit utilization (i.e. how much do you utilize of your collective credit lines), the length of time your accounts have been open, and the number of accounts. All of these are indications of past actions, and all of these presumably provide some type of information that is helpful in inferring your future likelihood of repaying a loan. Similarly, inspecting the balance sheet of a borrower is another way of building trust in them based on their prior actions.

What about social reputation? The origins of credit were verbal agreements between people who knew each other, they were either friends, family, or acquaintances. You either knew someone personally, or you knew enough about them from other social connections or their reputation writ large, and have established some trust in their ability to repay on the basis of it. Admittedly one’s reputation is in some part connected to their past actions, but it would wrong to assume that this is a one to one mapping. Perception plays as much of a role as prior actions do in how reputation leads to the formation of trust. One example I like thinking about is this guy, do you know this guy? 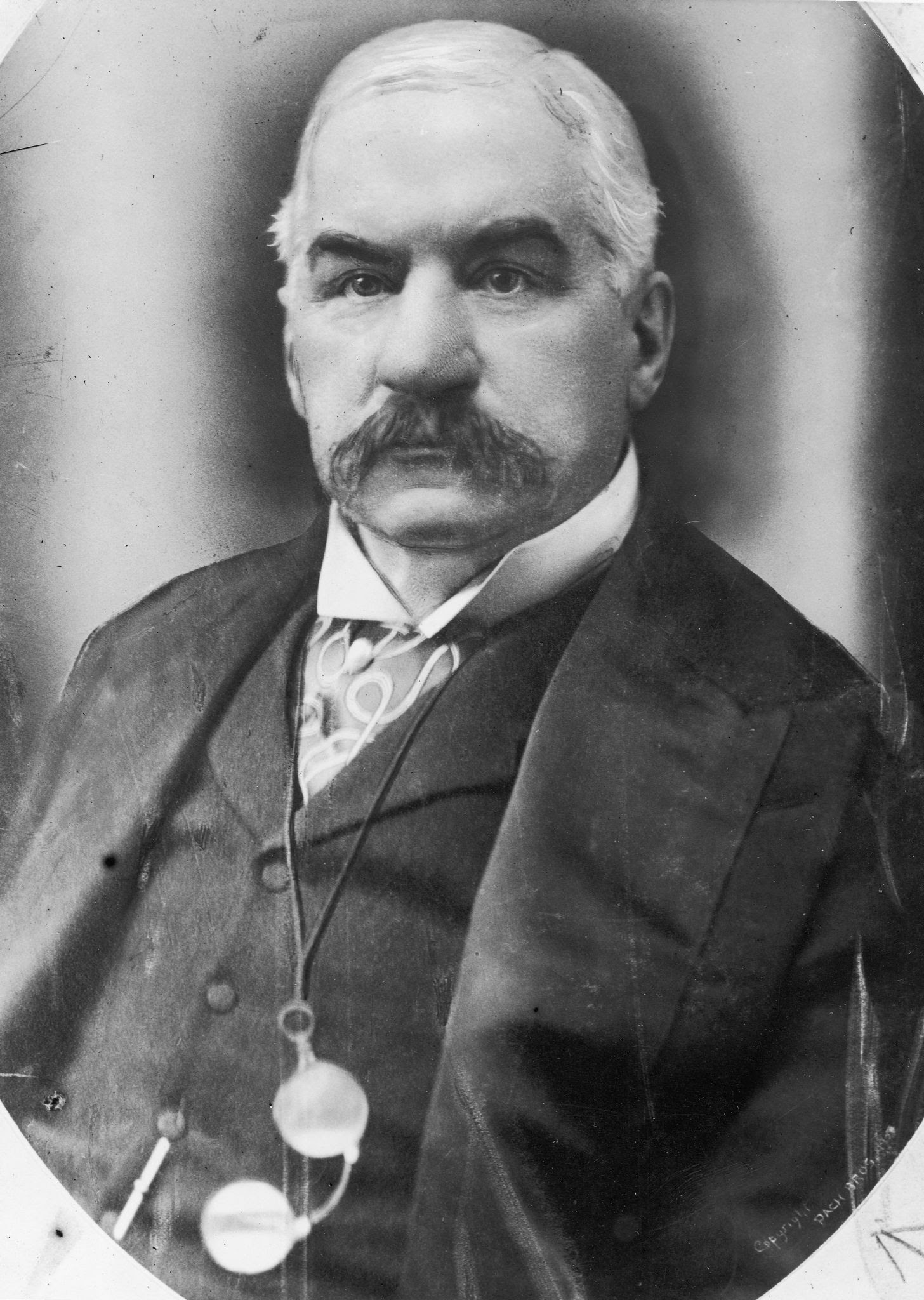 Patriarch of the venerable House of Morgan, James Pierpont himself. Since establishing himself as a banking force, James was often viewed as one of, if not the richest man alive, matched only by John D Rockefeller. This perception allowed him to create a banking empire that persists today, and made him an absolutely pivotal player in the formation of the banking industry and central banks as they are known today. Yet upon his death it was revealed that his net worth, the total sum of his estate, was “only” $80m, a pittance compared to John Rockefeller’s $900m net worth at James’ year of death, 1913. This may be apocryphal but Rockefeller is often quoted as having said upon James’ death “and to think, he wasn’t even a rich man”. So what can we take away from that, other than a funny story about Rockefeller’s reaction, and the fact that people like to compare themselves to others? Well, the main takeaway for us is that the perception of JP Morgan contributed greatly to the credit that was made available to him.

Okay, so what do we do with that? Let’s recap. For someone to feel good about extending an undercollateralized loan to another person they need to trust that person, specifically trust their ability to repay the loan. The two primary ways that trust can be established is by their prior actions, and by their social reputation. While underwriting can be done with some degree of confidence only on the basis of one, in mature credit systems we see both being utilized by prospective underwriters. But how do we bring this into crypto? Is it already being brought in to crypto? Sort of.

On the social reputation side we have a number of efforts already live. Instead of talking about specific projects I’d rather talk about approaches. One approach is to allow a borrower to expose their identity and thus get better terms on behalf of their reputation. Another approach looks more like a credit network or a mutual, where existing users can stake on another user, effectively providing them a credit line, and presumably this can lead others to provide credit as well as they can infer things based both on the identity of the initial credit provider and the borrower. A credit provider is staking their money, and reputation to some extent, on the borrower which presumably they know in advance. Put simply this approach is allowing people to leverage social reputation to establish trust in the borrowers ability to repay an undercollateralized loan.

When it comes to prior actions the field is much narrower, but the options much wider. We can choose to look at the same types of actions that underwriters have historically viewed, as stated above we can use things like the constituent parts of FICO scores, we can examine balance sheets, and I’m aware of some projects taking this approach, and we have to remember that there are many different options to implement this approach.

One way is to import off-chain data on prior actions and analyze it to establish trust on chain. While this is a step in the right direction I don’t find this particularly interesting, because I don’t believe this actually solves a hard problem for the borrower. So what’s the alternative to importing off-chain data? Using on-chain data! With the continued growth of DeFi seeing more people active on chain we now are beginning to see the emergence of viable datasets for establishing trust, that trust expressed via some score or classification. Both of these implementation methods are incredibly difficult tasks in their own right, and it is likely that we will see variants and combinations of both. That said the difficulty of these tasks is what makes them so compelling. The hardest problems are the best ones to solve; harder problems motivate and excite higher quality talent, harder problems turn away competitors and function as a meaningful barrier to entry, and they are the ones most celebrated when solved.

I’m still looking for a solution and I’ll be keen to see how this plays out over the coming years… If you or someone you know is interested in this problem please reach out, I’d love to speak with you.